This chronology is probably incomplete.  It is a list of lions ( as distinct from mountain lions) reported in the United States.

1917 - "Nellie the Lioness" reported in Illinois

1868 - Striped Lion with mane in California

1986 - Striped Lion with mane in Pennsylvania

This listing does not go beyond 2000, when it was compiled,but I shall seek out some more, if they are there to be sought.  With regard to striped maned lions, one was reported from Mexico in 1940. 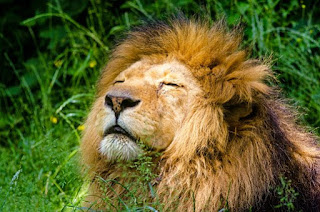