A Strange animal in Arkansas

This was taken on a game cam in Cleveland County near Kingsland, Arkansas on 10/15/2013. Looks like a cat to me, but others have said that it looks like a small bear. I clearly see a tail, but I could be wrong. Thoughts? 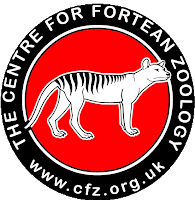 The Centre for Fortean Zoology is the world's largest cryptozoology organization.  Cryptozoology is the study of those animals whose existence has been rumored, reported or been the subject of legend or folklore, but has not yet been proven.  However, we cover a much wider spectrum than this at the Centre.  We study animal reports of a paranormal character, which we term zooform phenomena.   Because such creatures are widely reported, we try to discover if they have an objective existence. 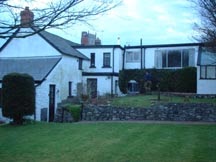 We are also interested in allied subjects such as conservation, animal welfare and anomalous phenomena of sundry kinds.  The word Fortean is taken from Charles Hoy Fort, whose practice it was to scour papers in both the United States and Britain with the aim of discovering reports which seemed to relate to incidents outside the spectrum of contemporary belief.  It is perhaps a sobering thought that many established facts today would have been deemed impossibilities in the days when Fort pursued his quest.

Above all, we seek to stimulate the coming generations with an interest in the wonders of the earth, the value of its components and the use of imagination in investigation.  Einstein said imagination was more important than knowledge, no doubt because knowledge is the study of what is already known and what may be inferred from it, whereas imagination stimulates you to look into  untrodden areas where you will discover things hitherto unconceived, whose existence has lain long unguessed. 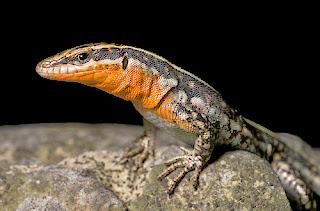 IS CRYPTOZOOLOGY A PSEUDO-SCIENCE?

In many works cryptozoology is listed as a pseudo-science and one has to ask if this is fair.  Science originally meant knowledge of any kind - it comes from the Latin scientia, which means just that.  However, cryptozoology doesn't just search for unknown animals, it searches for legendary animals to see if any fact lies behind them.  Now, one of the criteria for something being a science these days is that any proposition put forward must be falsifiable.  If Bigfoot is a creature of legend, a scientist cannot falsify the proposition that it might be out there.  Hence, many say cryptozoology is a pseudo-science.

One cannot really maintain such a standpoint, however: cryptozoology is the search to see if something is falsifiable or not.  Scientists will have to expand their definitions of what science actually is, or else we'll never end up looking for the undiscovered, as I am sure there is much to discover about the cosmos which is at present not falsifiable - but that doesn't mean it isn't out there or that it is pseudo-scientific to suggest that it might be.
Posted by Ego Ronanus at 07:13 No comments:

“Maybe the creature was trying to communicate with us. But I don’t know how to talk to the bigfoot.”

Now read on www.nunatsiaqonline.ca/article/65674/nunavik_hunters_run_into_rock_t
Posted by Ego Ronanus at 07:02 No comments:

Email ThisBlogThis!Share to TwitterShare to FacebookShare to Pinterest
Newer Posts Home
Subscribe to: Posts (Atom)
This blog is edited by Ronan Coghlan