"Two Young Vermont Hunters Terribly Scared
POWNAL, Vermont, Oct. 17 – Much excitement prevails among the sportsmen of this vicinity over the story that a wild man was seen on Friday by two young men while hunting in the mountains south of Williamstown. The young men describe the creature as being about five feet high, resembling a man in form and movement, but covered all over with bright red hair, and having a long straggling beard, and with very wild eyes. When first seen, the creature sprang from behind a rocky cliff and started for the woods near by. When mistaking it for a bear or other wild animal, one of the men fired, and, it is thought, wounded it, for with fierce cries of pain and rage, it turned on its assailants, driving them before it at high speed. They lost their guns and ammunition in their flight and dared not return for fear of encountering the strange being.
"There is an old story, told many years ago, of a strange animal frequently seen along the range of the Green Mountains resembling a man in appearance, but so wild that no one could approach it near enough to tell what it was or where it dwells. From time to time, hunting parties, in the early days of the town, used to go out in pursuit of it, but of late years no trace of it has been seen, and this story, told by young men who claim to have seen it, revives again the old story of the wildman of the mountains. There is talk of making up a party to go in search of the creature." 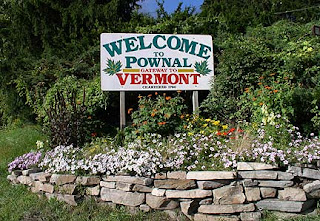