1975: Steve Humphreys and his wife strike a hairy biped with their car, as it runs across a road near Lake Okeechobee, Fla. Despite extensive damage to the vehicle, no trace of the creature is found.

1978: Luke McDaniel, Ruth Gibson, and her son Johnny report a Bigfoot prowling around their rural home near Brewton, Ala.

1984: Cinematic release of Bog, in which dynamite fishing in a swamp revives a prehistoric "gill monster" hungry for the blood of human females.

2008: A basketball-sized chunk of ice crashes through the roof of Welch's Tire Shop in Lula, Georgia. Blaming an overhead aircraft, FAA spokesmen say such incidents are "very, very rare." 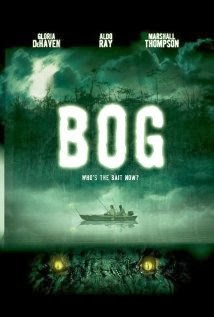